The Federal Government is drafting new legislation that will allow qualified foreign employees to get Germany citizenship by workÂ after just three years of residing and working there. 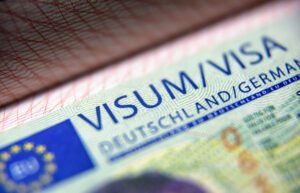 The initiative was made public last Wednesday, September 7, according to the German news site The Pioneer, which claims to have seen the government’s new migrant workers strategy.Â

According to the newspaper, the government’s new labor program’s primary objective is that Germany “must be an immigration country that is also competitive in the international contest for skilled individuals.” Acvian gets you the latest details known for now about how to get Germany citizenship by work.

Immigration, and gaining Germany citizenship by work soon will be formatted

At the skilled jobs summit in Berlin in the beginning of September, where representatives from politics, business, and associations explored new thoughts and measures for preventing the skilled labor shortage, the Federal Government unveiled its new Skilled Labor Strategy. However, the authorities never mentioned the option of obtaining citizenship after just three years in the country.Â

Federal Labor Minister Hubertus Heil, who also served as the summit’s organizer, stated during the event that finding talented personnel is already an existential concern for many German companies.

The Minister stated that to handle digitization and the transition to a climate-neutral economy, “Our country needs qualified individuals.” This plan probably may include Germany as a relocation destination for many people.

Robert Habeck, the nation’s Federal Minister for Economic Affairs and Climate Protection emphasized the pressing need for more trained employees from Germany, the EU, and other regions.Â

“We must increase the appeal of education and training, as well as widen our immigration policies and work together to market Germany as a cosmopolitan nation with high-quality jobs,” said Habeck.

The German Federal Government also announced the five focus objectives during the summit, via which it intends to deal with the skills gap. These include modern training, targeted training, expanding employment potential and labor force participation more effectively, boosting work quality and transforming work culture, and finally, reforming immigration and diminishing emigration.Â

According to the source, the policy asserts that every second migrant worker in Germany eventually leaves because of a “perceived lack of chances” or encounters with prejudice and racism. With the new policies, the German government hopes to prevent this, affecting also how people get Germany citizenship by work.

The establishment of an “opportunity card” with a points-based system, which will aid the nation in lowering its labor shortfall, was announced by Minister Heil last week.

Anyone who meets three of the four requirements listed below:

will be able to move to the country and look for gettingÂ Germany citizenship by work with the help of this new card, which is expected to be introduced in the fall of this year.

“More immigration is vital for us, and the fall will see the introduction of contemporary immigration law. To make it easier for people to approach Germany, we are launching an opportunity card with a clear points system“, Heil announced.Â 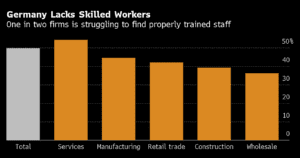 Following research released in August by the Cologne Institute for Economic Research, Germany faced a deficit of more than 500,000 competent workers in all sectors between July 2021 and July 2022.Â

The nation is also getting ready for the workforce gap that will arise from the retirement of 12.9 million people born between 1957 and 1969 in the next 15 years.

Acvian as a Professional Employment Organization (PEO) could provide you with all services regarding hiring and relocation in Germany, such as German Employer of Record (EOR) service. Have an inquiry? Please book a 30-minute meeting straight away or contact us via the following form. Itâ€™s that easy!