UK announces the Bill which may affect workers rights and benefits

The British government released the Retained EU Law (Revocation and Reform) Bill yesterday. It can revoke all EU-derived employment and health and safety regulations if approved. These proposals were included in the Queen’s Speech 2022. Still, at the start, it was believed that the government would focus more on easing trade barriers than eliminating huge segments of long-standing employment protections. Acvian offers a large scale of helpÂ regarding UK Labor Law via our UK EOR. 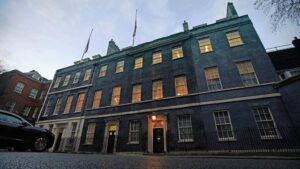 This presumption might not be fair. The Bill aims to abolish all UK legislation derived from the EU in the next 15 months. If the government wishes to keep many current employment rights after December 31, 2023, it must take proactive measures.

Since the Brexit vote, the Conservative government has vowed to “defend and expand worker rights.” The Times claimed in August that a Liz Truss government would modify the Working Time Regulations to abolish constraints on the 48-hour work week. Still, the new Prime Minister hasn’t made any comparable commitments. Numerous unions responded by urging the new administration to “come transparent” regarding its plans for workers’ rights. But no assurances have been provided thus far.Â

Instead, it presented a bill that enabled it to alter employment law significantly.

What will happen with the UK Labor Law?

While employment tribunals and the Employment Appeals Tribunal are presently prohibited from following EU cases, the Court of Appeal and Supreme Court are currently permitted to do so if they believe that doing so is “right to do.”

What changes to expect?

The document will provide a series of changes:

How will the government decide on retaining the laws?

The government released a summary of retained EU law in June, which lists over 2,400 pieces of legislation from over 300 distinct policy areas and 21 economic sectors. It seems unlikely that civil servants could analyze that much legislation in time for ministers to decide which pieces they want to maintain (and then pass legislation to make that happen) by the deadline of December 31, 2023.Â

Therefore, it’s feasible that people will lose the current employment protections simply because ministers haven’t had time to study them. That would be a fiasco and bring considerable uncertainty for employers and workers alike.

As a result of the UK government’s violation of the TCA’s provisions, which we discussed here, it’s also likely that the EU will take legal action against the UK government. Nevertheless, the authorities have already shown that it is ready to violate international agreements, and the prospect of legal action might not be sufficient to stop it from limiting worker rights.

What to expect from the employer’s side?

More uncertainty is typically the last thing that employers want. Acvian has a Blog piece on recent specifics for UK Labor Law. In case you want hire a talent in Britain, please contact us or book a meeting.

Many have difficulty filling open positions with qualified individuals and are unlikely to do so if they lower their benefits. Most businesses also want to do the responsible thing and see the advantages of treating employees properly. That’s not to say they won’t be upset to see some laws go, where the recent decision on part-year workers’ holiday pay comes to mind. But they also have to face the law as it is right now, not what it might be by the end of the year.

Unexpected outcomes may also occur. A rise in the number of unions demanding recognition from employers may be caused by workers who fear their rights will be limited.